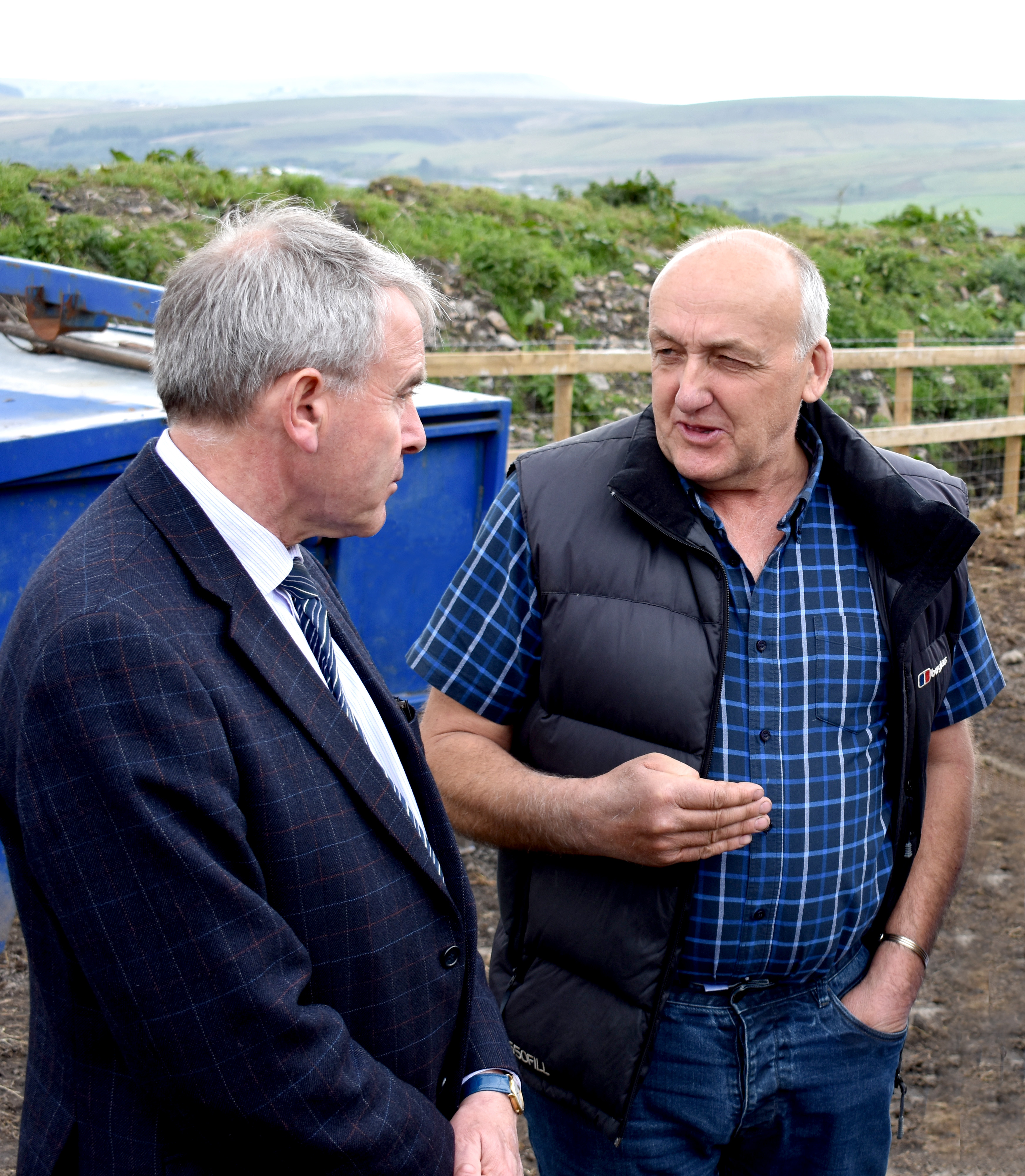 A south Wales farmer highlighted the central role played by grazing livestock and food production in conserving and enhancing biodiversity during a visit to his farm by UK Minister for Agriculture Robert Goodwill.

During the Minister’s visit to Bryncoedcae, which is farmed by four generations of the Bowen family, FUW Vice President Brian Bowen explained how the sheep and cattle maintained open mountain land which supported a range of species, in particular ground-nesting birds.

“That grazing which is so essential for wildlife takes place in the spring and through the summer up on the open mountain, but in the winter the animals are moved to our better ground and into cattle housing,” said Mr Bowen.

Mr Bowen said that as Mr Goodwill, a farmer himself, understood the relationship between farming and the seasons: “Many people don’t appreciate that farming is tied in to the weather and the cycle of the seasons, and that to keep up the essential environmental work our animals do in the summer we have to make enough crops to feed them over the winter.

“It’s a system that’s been going on for thousands of years,” he added.“Being an arable farmer, the minister is dealing with a very different type of farming to us, but we are both locked into following the seasons and the weather.”

Mr Bowen emphasised the essential role that producing fodder and crops and keeping animals more generally played in maintaining the rural and wider economy: “Jobs, the rural economy, wildlife and conservation are all parts of the jigsaw, but livestock production is the essential piece that links them all together, and farming and food production need to be profitable if we are to avoid losing or damaging these things.”

Mr Bowen welcomed the fact that people were finally acknowledging the damage done to habitat and wildlife through schemes which reduce farming activity.

“Unfortunately getting government policy to change, even when the evidence and experts are supporting what farmers have been saying for decades, is like turning a supertanker around,” he said. “At the same time we have even more damaging concepts such as rewilding drawing some politicians eyes.

“Such ideas should be seen for what they are, idealistic policies which fail to recognise how farming, local communities and nature interact.have already caused huge damage in Wales and across the world, and with so many people taking food for granted there is a danger that further de-linking rural policies from food production will cause more damage,” said Mr Bowen.