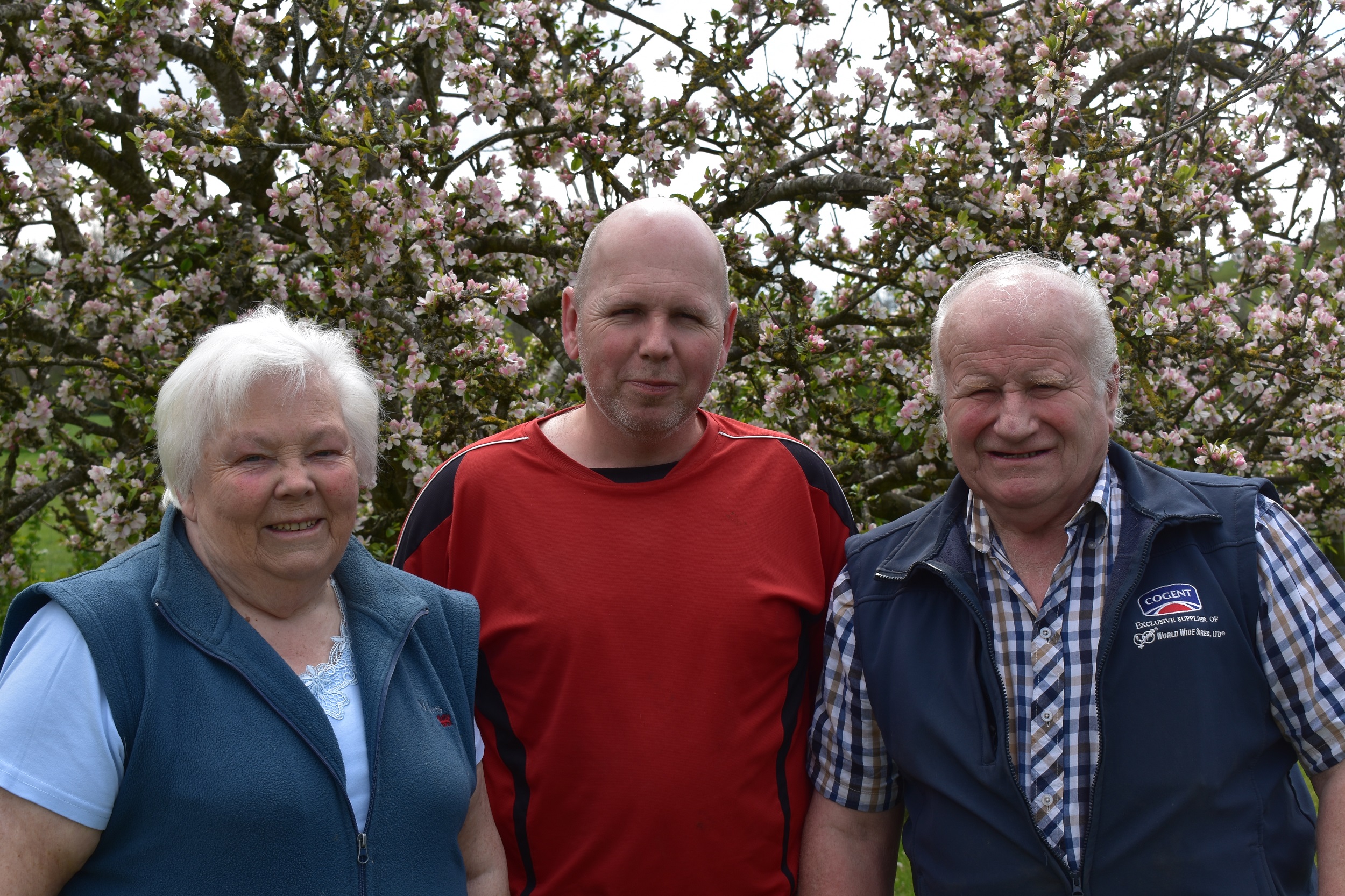 A tenant farming family from Montgomeryshire has hit a brick wall over the Welsh Government’s recently introduced Water Resources Regulations, with their landlord standing in the way of their ability to comply with the new regulations. Bryan Jones, his wife Susan and son Andrew, farm at Coedyparc, Caersws, Powys, a 105 acre all grassland farm which is home to a 85 strong closed dairy herd.

The family, who have been farming here since 1973 on a lifetime tenancy agreement, are worried that with their landlord unwilling to foot the bill for the costly capital works required to be compliant with the new regulations and the banks not lending money for works carried out on tenant farms, it will spell the end of their farming lives on the holding.

Bryan Jones said: “I’ve been milking cows my entire life, starting when I was just 12 years old and will mark my 66th year of dairy farming this year. It’s what we do as a family. It’s our life. We have never had a pollution incident here. NRW through their own assessment have confirmed that there is no pollution here, but we still need to comply with these new regulations and carry out works at eye watering costs which will be in the region of £70,000. Who is going to pay for that?

“The landlords have refused and the bank won’t lend us the money to carry out work on a property we don’t own. I’m at my wits end and fear that in three years time this could very well be the end of our farming life here. I have no objection to a polluter pays policy but this is going to cripple the industry if nothing is changed. The Welsh Government must consider the financial implications of these regulations on small and medium sized farm businesses and tenant farmers as a matter of urgency.”

Susan is worried about what is going to happen to all those family farms who are not in a financial position to comply. She said: “Our family farms are the beating heart of our rural communities. We produce sustainable food, make enormous contributions to the rural economy, look after the environment and provide employment.

“Losing farms and losing cattle from the area will have far reaching consequences. The direction these policies are going is a direct threat to our way of life, the rural economy and the safe, reliable and sustainable food supply. We are in an impossible situation and I’m worried about the future of our industry and the next generation of farmers, especially where tenant farmers are concerned.

“The Welsh Government must consider the social and cultural impacts on rural communities given the implications these regulations will have on young farmers, tenants, and new entrants. If there was evidence supporting the need for such sweeping regulations that would be something, but Natural Resources Wales’ data shows it’s not needed in more than 90% of Wales and studies from areas that already have the regulations show it's likely to make pollution much worse,” she added.

The cattle are housed over the winter months to protect the soil and ground, which would not cope with the livestock on it during the wet period. Andrew, who has been working alongside his father on the dairy farm since he was 16 years old adds: “We take pride in our dairy herd and the outstanding animal health and welfare standards we have here. That same pride is applied to the ground we farm on and the environment. Everything works in rhythm and we know what works for the land and the livestock. These regulations will force many to make changes to the way they farm to the detriment of the environment.