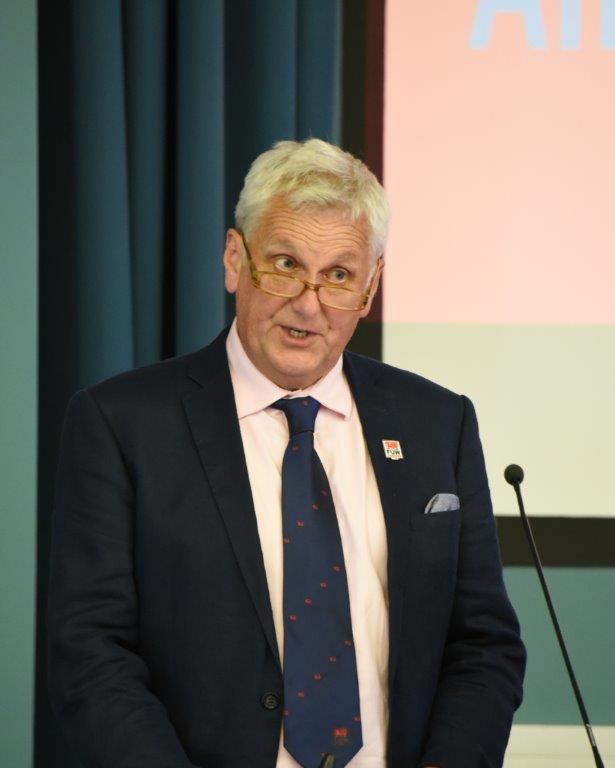 The Farmers’ Union of Wales has rejected the key proposals for the future of agricultural support in Wales set out in the Welsh Government’s agriculture white paper, and called for a genuine Welsh policy to be developed to meet Welsh objectives.

The Agriculture (Wales) White Paper sets out Welsh Government policy proposals for a legislative framework governing Welsh agriculture, as well as forestry and woodlands, over the coming decades.

Central to the proposals would be moves to ratchet up rules and restrictions, and base farm support payments purely on the delivery of ‘public goods’ - an academic term that in most cases means environmental benefits such as clean air, water quality, and wildlife habitat.

“We of course agree that public goods should be an important part of a future rural support scheme, but delivering employment, economic, social and cultural prosperity should also be fundamental principles that underpin the design of future support mechanisms,” said FUW president Glyn Roberts.

“We have a proud history of designing agricultural policy for Wales and have previously deviated significantly from English policies - much to our benefit - and we should continue to do so.

“Scotland and Northern Ireland are making the most of their devolved powers and forging ahead with plans to use multiple tools to deliver what is needed for their own agriculture and rural communities,” he said.

Wales should therefore abandon the ‘cut-and-paste-from-Defra’ mentality and design a scheme aimed specifically at delivering not only environmental outcomes, but also the prosperity, jobs, language, culture and other targets inherent to the Wellbeing of Future Generations (Wales) Act 2015, and other Welsh objectives, said Mr Roberts.

Wales currently applies a cap on farm payments and the ‘redistributive payment’ approach in order to increase support for smaller family farms.

“It is shocking that no mention of capping payments or focussing support on family farms is made in the white paper given the current progressive approach adopted in Wales, and the dangers inherent to the one-dimentional public goods approach,” said Mr Roberts.

Those dangers include the creation of a postcode lottery, where different farmers are subject to different rules, priorities and payment rates - creating significant market distortion and inequity - and the possible movement of money away from smaller family farms to large landowners and landowning charities, says the union.

“By comparison, the Welsh farming industry’s alternative proposals would encompass environmental, social, cultural and economic priorities in a balanced and fair way,” he added.

The proposals were discussed with members across all regions of Wales, during virtual FUW County Branch meetings, as well as during meetings of the Union’s ten Standing Committees.

Mr Roberts said that minimal changes to the Public Goods proposals set out in the Brexit and our Land and Sustainable Farming and our Land consultations in 2018 and 2019 has also led members to question if they are being ignored by the Welsh Government, despite thousands of responses from farmers opposing the public goods proposals.

“Our members are going to be directly affected by any changes to Wales’ agricultural policies and support schemes and they were frustrated that points raised by them and farming organisations in response to previous consultations had been ignored by the current Welsh Government,” he said.

“Whilst we welcome the narrative around the importance of sustainable food production, the delivery mechanisms proposed here do not reflect this. They are based purely on environmental goods, without a recognition of the supply of safe, traceable food produced to high standards and the central role of our family farms in doing this.

“What became evident when we spoke to our members was that many are of the view that the environmental outcomes desired by Welsh Government generally resulted in ‘doing or farming less’. This, of course, causes concern for the wider rural economy who benefit greatly from farmers’ local expenditure and activity, as well as for species which rely on agriculture and land management to thrive,” added the union President.

The Union was also clear that the current RPW Online system and the submission of annual and detailed (down to 0.01ha resolution) land use data should be maintained and developed as a central feature of a future scheme. The FUW therefore opposed any plans to design a brand new data collection system or the replacement of the current programme with tens of thousands of complex bespoke public goods contracts requiring advisers, personalised reviews and Glastir type mapping.

Furthermore, members feared that optimistic targets for tree-planting could lead to large-scale blanket plantations - to the detriment of rural communities, biodiverse landscapes, and agricultural productivity, whilst diverting agricultural budgets to other sectors and potentially landlords from outside Wales.

“We are facing huge uncertainty due to the coronavirus pandemic, new trade barriers thrown up by Brexit, and potential trade deals with countries with far lower standards than our own.

“The white paper proposals to ratchet up rules and restrictions and further distance farm support from food production will exacerbate these problems and threaten the viability of the Welsh family farms that are central to our rural economies and culture.

“In order to ensure farmers are active participants in the biggest agricultural reform in Wales for more than half a century, much more will need to be done by the next Welsh Government to engage with the industry and alleviate the concerns expressed in our response to this consultation,” added Mr Roberts.

Do you want to be part of the @WelshGovernment's #SustainableFarmingScheme Co-design? Now is your opportunity to… https://t.co/V0V6aY1AHJ
Follow FUW_UAC on Twitter