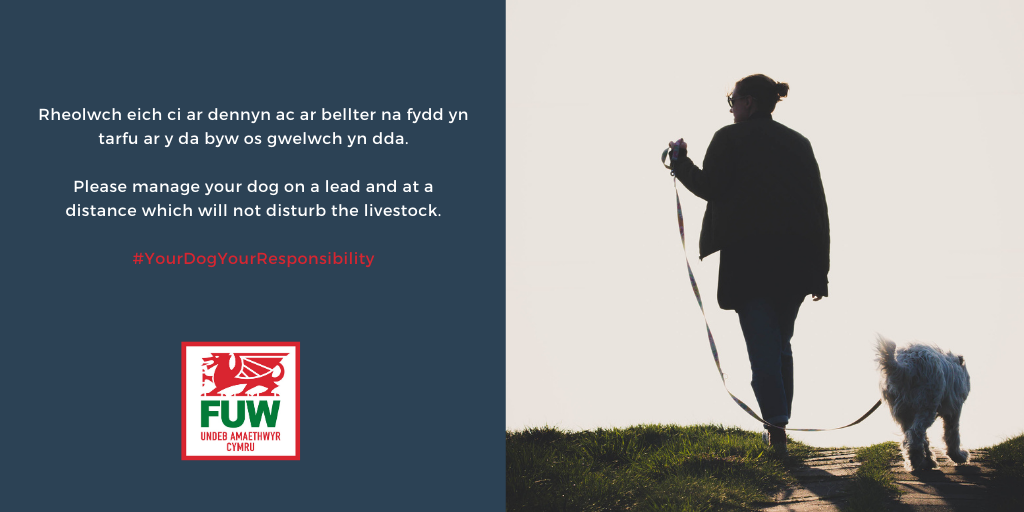 Farmers in Wales, who are frustrated with ongoing livestock attacks heard what proposed changes to the law could help police forces across England and Wales deal with such incidents more effectively and deter irresponsible dog owners from causing thousands of pounds worth of damage to the livestock industry.

“The Act dates from the early 1950’s when both farming and policing were practiced differently. We can all agree that both occupations have evolved since then and the act does not reflect modern practices. For example in 2021, the Act doesn’t allow the police to obtain DNA, it doesn’t allow us to prosecute people whose dogs have attacked Alpacas and Llamas, it doesn’t allow us to prosecute if the attack happened on land that’s not agricultural land, we don’t have an option of banning orders. If a dog is subject of a control or destruction order at court, the 1953 Act does not have any powers written into it for the court to refer to and use. The court also has to borrow laws from  an old Victorian civil act namely the Dogs Act 1871, and this can cause confusion for both Police and court alike,” he said.

“There are 3 types of livestock attack - the escapee, dog exercising off the lead, dog not under close control but 99% of the time it’s irresponsible dog owners who are at fault not the dog,” said PC Allen.

“The consequences for the farmer can be horrendous, it can affect loss of blood-line, affect next years stock especially when ewes are in lamb or are lambing; the stress of it can cause a ewe to abort often many days after the attack, but as a police officer in the court system we have to work with the beyond any reasonable doubt scenario. How can we prove to a court that the ewe has lost her lamb 7 days later because of a livestock attack. We can’t,” he added.

Outlining the problems and limitations of the Act, PC Allen added that only limited stock is covered under this act, as Alpaca, Llamas and commercially farmed Rabbits are some examples of livestock not covered.  Furthermore, any person convicted under this act can not be subject to a disqualification order for custody of a dog and the court will only issue a warrant to enter a property to identify a dog and not to seize it. Local authorities also have no power to prosecute under this act and the Act has no sentencing powers written into it and has to borrow powers from the Dogs Act 1871.

The Livestock Worrying Police Working Group report placed before Parliament therefore asks for definitions to be changed and to move away from listed animals to a collective approach, expand the definition of agricultural land and define what “under close control” of a dog means to avoid confusion.

“In terms of powers, the report calls for the power of search and seizure for police, the power to obtain a DNA sample of a suspected dog, for the Home office to make the crime recordable by the police to have the full facts and encourage training and for cases to be heard at crown court and compensation and fines to be reviewed. And in addition, we would like to see a legal obligation to report attacks by dog owners to the police,” added PC Allen.

“We have been campaigning for about 5 years to get a change in the 1953 Act and we’ve come a long way. I’m hopeful that there’s going to be a substantial change taking place. It is at the consultation stage but we’re hopeful we might see changes this year,” said Rob Taylor.

Highlighting how the North Wales Rural Crime Team are using technology to fight rural crime and gather evidence of livestock attacks, Mr Taylor said that 10 farms in Dyfed-Powys and eight in North Wales have now also been fitted with wildlife cameras. Footage from the cameras will soon be broadcast live online, allowing people to see the protection they are providing.

Dyfed-Powys Police and Crime Commissioner Dafydd Llywelyn, who has set a strategic direction for the force to provide rural support to replicate what was set-up in North Wales, told attendees: “ The next step in that journey, is that we create a resource across the whole of Wales with a dedicated team.  We are already in conversation with Welsh Government, to seek their support and hopefully some financial support as well to have someone who can coordinate all that activity across all of the 4 forces in Wales.  Learning the lessons from North Wales and the journey Dyfed-Powys has been on over the last 4-5 years, there is a lot of lobbying to be done by all of us so that we see a change in the law swiftly.”

Speaking after the event, FUW Deputy President Ian Rickman said: “Those who have experienced and witnessed such incidents will be all too familiar with the stress and heartache that follows and we will do all we can to support our police forces in getting a change in the law. The most important thing any farmer can do to help speed up the process is by reporting livestock attacks to the police.”

Clare James , Chairman of Wales YFC Rural Affairs added: “Thank you to FUW for involving YFC in what was an informative and engaging meeting. Dog worrying is very much on the agenda for the Wales YFC Rural Affairs Committee, with members having felt the impacts of dog attacks directly on their farms. We are committed to contribute in tackling the issue and look forward to further working with the FUW and Police Rural Crimes teams across Wales.”