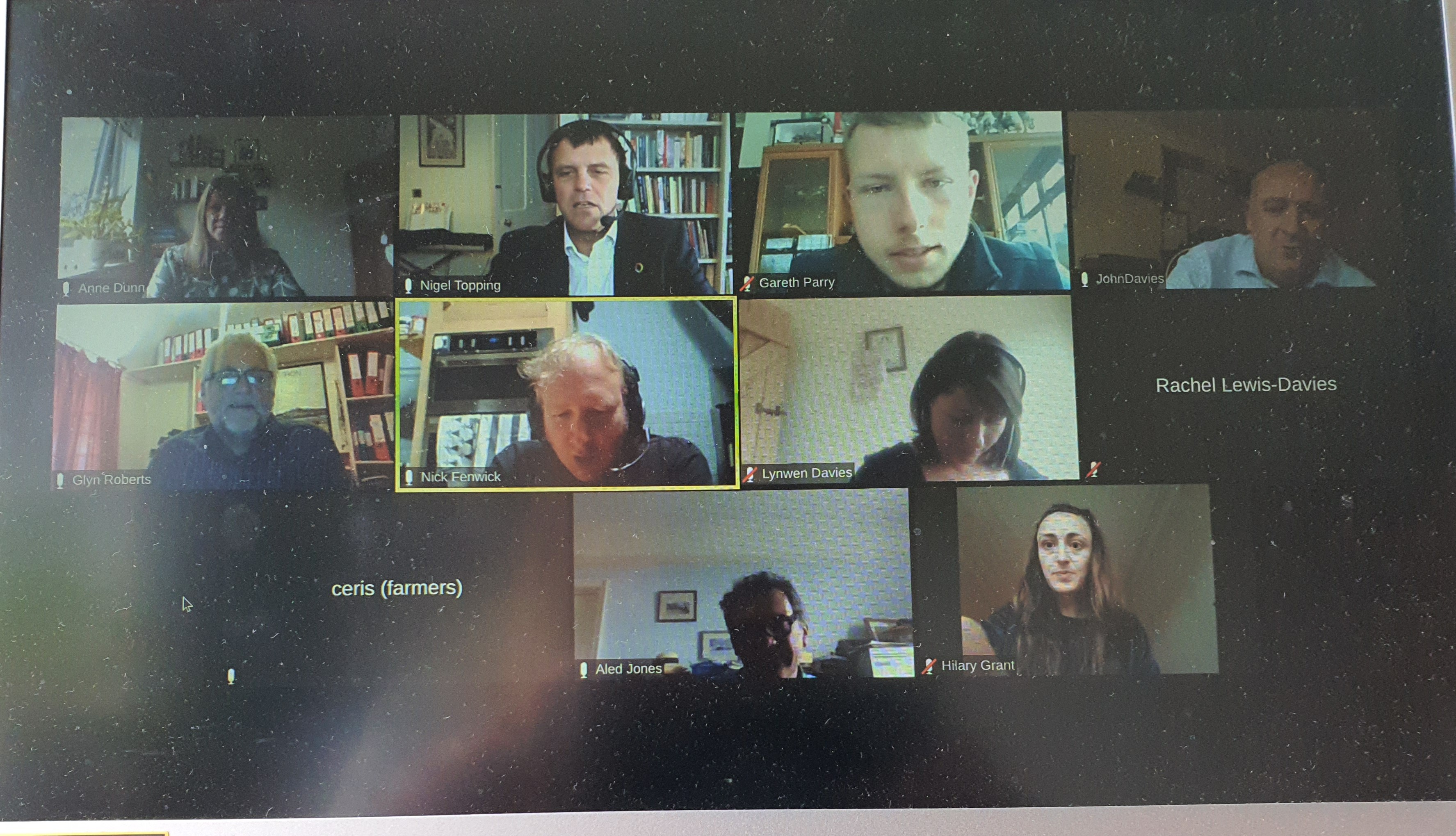 In addition to wider discussions around climate change, the roundtable event provided a platform to discuss the “Race to Zero” campaign, an international campaign for a healthy, resilient zero carbon recovery, which was launched on World Environment Day, and will run up to COP26 .

NFU Cymru President John Davies said: “As farmers we are very much on the front line of climate change impacts. The continued turbulent weather events we have experienced in recent years is further evidence that our climate is changing. We believe agriculture is uniquely placed to be part of the solution, as both an emissions source and a sink. Farmers in Wales aspire to produce the most climate-friendly food in the world.

“To this end, NFU Cymru and the NFU have set the ambitious goal of reaching net zero greenhouse gas emissions (GHG) across the whole of agriculture in Wales and England by 2040. This is not about off-shoring food production to other countries and will require a focus on a range of measures in the key areas of improving farming’s productive efficiency enabling us to produce the same quantity of food or more with less inputs in smarter ways; improving land management and enhancing land use to capture more carbon; and boosting renewable energy and the wider bioeconomy.”

FUW President Glyn Roberts said: “As farmers, everything we do revolves around the weather, the seasons and the climate. We cannot afford to gamble on the scientists being wrong and risk seeing impacts of Biblical proportions: Crop failures, famines, the loss of vast areas of farmland and communities to rising seas, mass migrations and war to name just a few.

“Like every other industry, we must work hard to mitigate climate change, and we are committed to doing that, but we must do so through innovation and removing obstacles in ways which preserve and enhance the family farm businesses which are the backbone of our rural communities.”

Nigel Topping, High Level Climate Action Champion for the UN said: “NFU Cymru and the Farmers’ Union of Wales are highlighting the vital role farming has to play in helping to address climate change. For Farmers, taking such leadership creates the win-win of future-proofing their business while also contributing to meaningful action.

“We are already seeing widespread examples of farmers in the UK and across the globe finding innovative solutions to protect the planet through nature based solutions. To achieve net zero carbon emissions by 2050 at the latest, we need farms to join the Race to Zero and to submit their own plans ahead of COP26.”