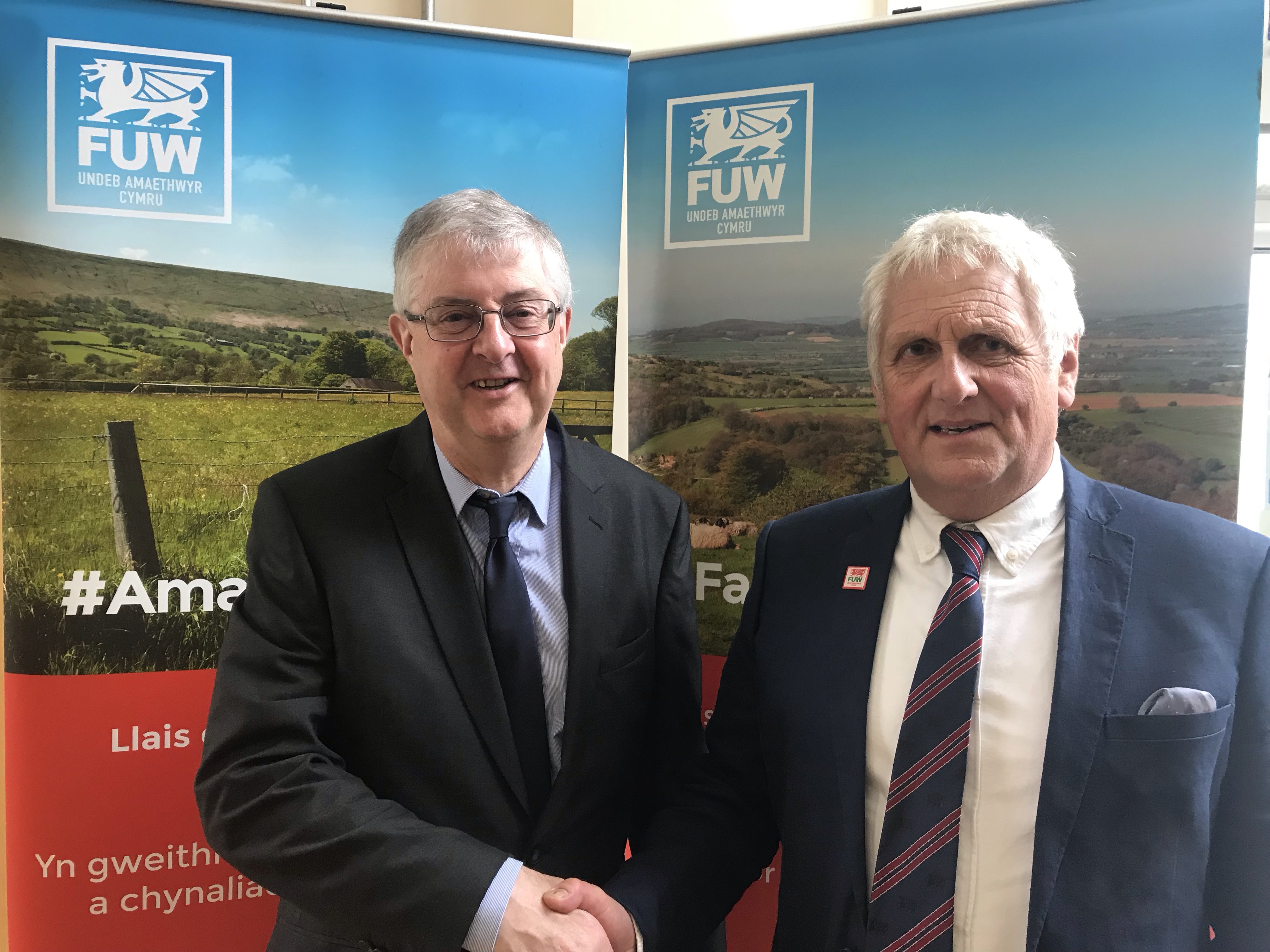 Against a background of complete uncertainty in terms of what Brexit will mean for farming and the nation of Wales, the President of the Farmers' Union of Wales Glyn Roberts has called on Welsh First Minister Mark Drakeford for good governance to protect the family farms of Wales at a Grand Council meeting of the Union at  Aberystwyth, today, Monday 17 June.

"The Welsh Government must ensure stability for our industries and avoid at all costs moves that would add to the turmoil our family farms are likely to face in the coming months and years as a result of Brexit," said Mr Roberts.

"We have been encouraged by the Welsh Government’s recent response to last year’s Brexit and our Land consultation, and look forward to the next consultation paper," said Mr Roberts.

"But I emphasise that if, through design or accident, what is brought forward in Wales does not echo the EU support for farmers, this would be a complete travesty for our nation and devolution," he said.

He explained that over the past three years, the industry, and the whole of the UK has moved from worry, through uncertainty, and  into a period during which all of the FUW’s predictions and warnings have been shown to be true.

"Whether in terms of the dangers of triggering Article 50 early, the problems represented by the Irish border, the need to extend the Article 50 period, or many of our other predictions we have, sadly, we have been correct," said Mr Roberts.

"I might say I am proud of how accurate our  foresight has been regarding Brexit, but this is hollow pride, because every time our warnings are shown to be correct, the dangers we face grow.

Warnings about the Brexit process and other matters are not made to prove the value of the FUW's insights, or to maliciously attack those politicians or individuals with which the union disagrees.

They are made with the union’s purpose in mind, to protect the family farms of Wales, and to fulfil the FUW Vision to ensure 'Thriving sustainable family farms in Wales'.

"If we did not raise concerns over potential damage or disaster for those family farms, we would not be fulfilling our legal objectives," Mr Roberts said. In line with those objectives the FUW Presidential Policy Team reaffirmed last week its support for the principle of capping farm payments – a policy originally agreed by the union twelve years ago.

Regarding proposals for the next EU Common Agricultural Policy, it was agreed:

● The current payment cap of 300,000 Euros should be drastically reduced, after farm labour has been taken into account
● The active farmer rule should be strengthened in order to ensure money remains in rural communities;
● An emphasis should be placed on supporting small and medium sized farms to recognise economies of scale and protect the family farms, the backbone of our rural communities.

The FUW believes these proposals for the future of the EU policy are absolutely correct, but as things currently stand, the farmers of Wales will not be subject to those policies, and Wales is currently working on its own way forward.

"We are encouraged by the work undertaken by Welsh Government  in partnership with the FUW and others on Brexit contingency planning, and fully appreciate the need to explore policies which take account of the challenges we face – not least climate change," said Mr Roberts.

"But in terms of Brexit, we still have no idea what those challenges will be, making it impossible to draft policies in response to Welsh needs," he added.