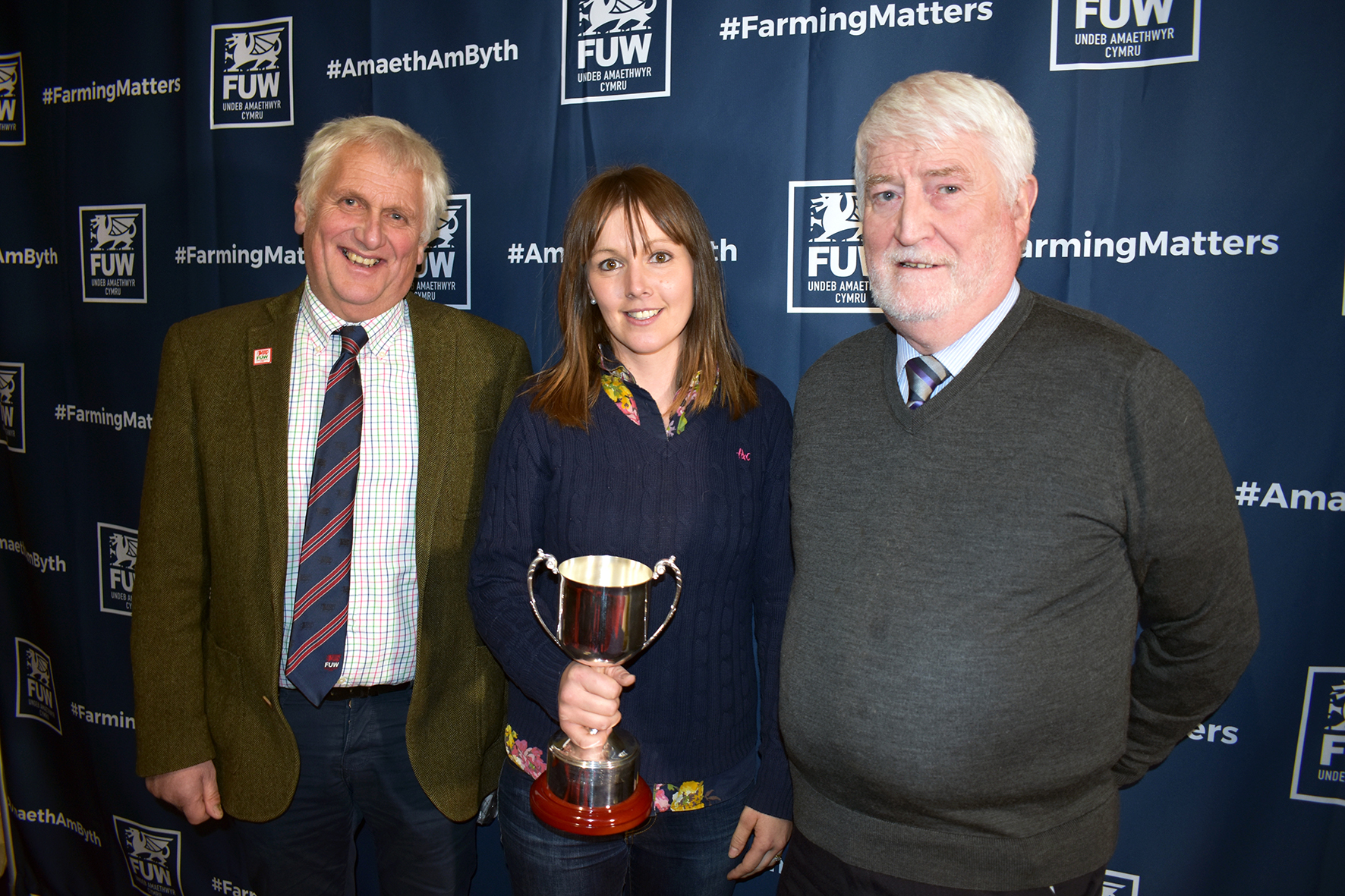 Ffermio presenter Meinir Howells has been recognised for her services to agriculture in Carmarthen with the Farmers’ Union of Wales - United Counties Agricultural and Hunters Society Award.

Meinir was brought up on Maesteilo Farm in Capel Isaac, near Llandeilo, and attended Llanfynydd church school and Ysgol Tre-gib, Llandeilo, where she was head girl.

She graduated from the University of Wales Aberystwyth in 2007 and began working as a researcher for Telesgop in June 2007, and has directed on programmes such as Ffermio and Digwyddiadau since 2009.

As a presenter she has championed farmers from Wales, and taking their stories to people responsible for the industry. She has interviewed David Cameron, during the Referendum campaign in 2016, and over the years has also grilled First Minister Carwyn Jones, and farming ministers including, Alun Davies, John Griffiths and Lesley Griffiths.

Since an early age Meinir has committed to working on the family farm at every given opportunity and now enjoys displaying her own flock of Welsh Balwen sheep at a number of shows throughout the summer.

Llanfynydd Young Farmers Club is another interest that lies very close to her heart and she feels deeply indebted to an organisation that has given her so many unforgettable experiences whilst creating lifelong friendships.

She used to take part in a wide cross section of competitions including public speaking, half-hour entertainment, stock-judging and shearing.

The FUW’s County Executive Officer for Carmarthen, David Waters, said: “ There have been many contentious issues over the last years, from TB, Brexit, Single Farm Payment and Meinir has never shirked away from asking the most difficult of questions, and always entices the answer. She has been a great voice for farmers, and her passion for the industry shines through.

“Meinir has contributed so much to the Carmarthenshire farming industry in her professional career and through her voluntary work with the YFC- and all of this because of the deep passion she has for agriculture. The award is truly deserved.”