Ceredigion farming business shows how a focus on sustainability, innovation and a sense of community brings success.

The consolidated talents of an American self-confessed city girl and a Cardiganshire farmer have led to a very healthy business in the heart of the Teifi valley.

The company puts an emphasis on employing family and local people, many of whom join straight from school and who become part of an extended family, all intended to enhance the local economy.

Sustainability lies at the very core of Chuckling Goat; both personally and in a broader sense. Of the 24 staff that work for the company, several are drawn from Richard’s family.

The Chuckling Goat is now a thriving enterprise with customers across the globe. But despite the obvious temptations to move to an industrial unit closer to the transport infrastructure, the couple resisted in order to develop their processing capacity on the original farm.

Sustainability and development in harmony with the land and the environment lie at the heart of the company’s operation. The Joneses are proud of the fact that the building where the kefir is produced is sunk into the ground and surrounded by more than 2,000 trees so that it almost disappears into the landscape.

It is all part of a guiding principle built on family values and development in harmony with the natural order.

As the company - and the profits -  grew, so did the logistical scale of the process and the couple had to move its operation out of the kitchen into a specially adapted barn and later into a custom-designed building.

On busy weeks they now process up to 10,000 litres of goat’s milk shipped in each week by tanker.

The family also developed a range of award-winning kefir based skincare products especially effective in treating conditions such as psoriasis and eczema.

It is the blend of traditional and cutting edge that allows the Chuckling Goat to thrive and move forward in tune with environmental necessities at its heart.

Now the couple want to expand their findings about gut health and are currently preparing to launch their own Microbiome Test, in cooperation with Cambridge University, which is planned for 2022.

In addition, the couple are also in the process of setting up another innovative enterprise called Ana’s Farmacy, designed to produce medically therapeutic food that is local, sustainable, and gut healthy.

Overall, the ethos here is - It has to be good from the ground up. Good for the microbes in the soil, good plants, good for the animals, people, community, customers and planet.

This is a business that proves that you can do well, by doing good. 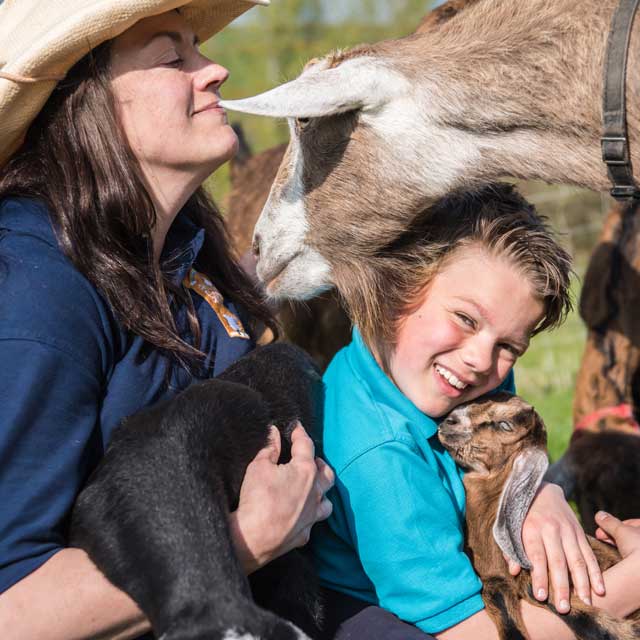 “Farming-wise I think we are very sustainable because we’re doing it in as old-fashioned a way that we can. We've got thick hedges and we’ve planted more hedges.” .”
Richard Jones
“The goats will graze on rough fields. There’s no reason why people in a hundred years time can’t keep goats exactly the same way that we’re doing.”
Richard Jones
“Having our business here contributes to the rural economy and we are involved in the community. My five year old grandson goes to the local primary school as well and we’re hoping it will continue in that way.”
Richard Jones
“Sustainability doesn’t mean the same thing to all people. To me, sustainability means looking after the land to make sure it can keep on giving. We’ve got to give to it,before it can give back to us.”
Richard Jones
“I think sustainability is also about relationships. You have a relationship with the land - you don’t just dump all over it.  You pay attention to it. What does the land need? What does the land want? What do you have to do to take care of the land? You don’t just drain all the goodness out of it, dump all your  rubbish there and leave.”
Shann Nix-Jones
“It has to be good from the ground up. Good for the microbes in the soil, good plants, good for the animals, people, community, customers and planet. If it's not good all the way down then it’s not sustainable.”
Shann Nix-Jones 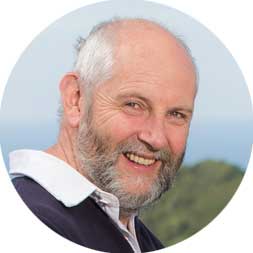